TOP 10 ALBUMS/ARTISTS TO HIT THE ROAD WITH... 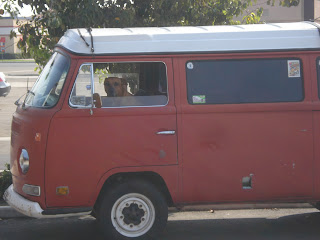 10. UP IN THE AIR SOUNDTRACK: A great movie with some great performances, but the soundtrack is also very good, well about half of it. Mixes new school and old school with some great
messages. If you like travel, this is a great place to start with some music.
9: U2 GREATEST HITS. Ok, here's the thing. I'm not a obessive U2 fan or nothing. I just think they got some good tunes, its inspring, and they mean good. They aren't the next coming of Jesus (as some people think), however, good guys making some good tunes.
8: BRUCE SPRINGSTEEN. The Boss. Dude has been rocking it for years.  He made the albums, rocked the country all over, and is great to listen to in the car.  He can rock it and bring it down. Definitely good to have.
7: CRAZY HEART SOUNDTRACK/RYAN BINGHAM: If you don't know him, he just won an Oscar for best song "Weary Kind."  Mixes some country with some blues and is featured across the Crazy Heart soundtrack (which Jeff Bridges also plays songs on).  Look the dude up.  He's got a great sound, great band, and some great tunes to ride to.
6: RHCP/CALIFORNICATION. BOMB BOMB BOMB ALBUM. Its almost haunting.  They can speed it up, bring it down, and almost put you into a trance.  Save for a song or two, this whole album is great from beginning to end.  Their other stuff is good, but I think this is them at their peak.  Easily their best work.
5: BOB SEGER. Just knows how to rock.
4: NEIL YOUNG.  I love the Neil. Dude has been keeping it real for like 50 years or something. So he gets big credit for doing it his way. His sound is unique, his messages are great, and he's one of the biggest folk influences of our time.
3. INTO THE WILD SOUNDTRACK/EDDIE VEDDER: The movie is great. The soundtrack is FRIGGIN' INCREDIBLE.  Eddie get bonus points for doing it his way with PJ, but he's in a different world with this soundtrack. How it didn't win a grammy is devastating because its one of the best soundtracks of all time.
2. CCR. Talk about crankin' out some frickin hits. These guys are Southern classic rock. That greatest hits album is scary good.  CCR, anytime, anywhere, but especially on the road.
1. TOM PETTY AND THE HEARTBREAKERS: I mean, come on. He's defined generations. His songs make movies (you're welcome Mr. Cruise). Dude is like the road music king.  Anyone of any age of anytime of anywhere can relate to his music.  'Nuff said.
Posted by WALNUTS at 1:50 AM 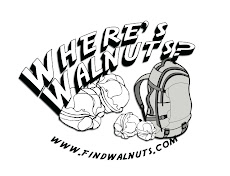